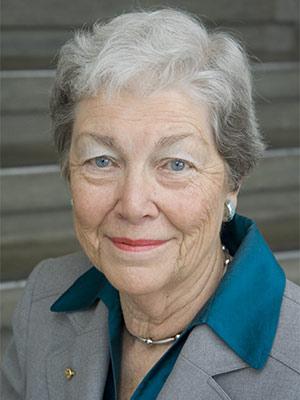 Rapid chemical separation of short-lived fission products; separation chemistry of lanthanide, actinide and transactinide elements; search for heavy elements in nature; studies of radionuclide migration in geologic media; studies of spontaneous fission; heavy ion reactions; production reactions for new neutron-rich heavy element isotopes; atom-at-a-time studies of chemical and nuclear properties of the heaviest elements including first chemical studies of elements 106 (seaborgium) through 108 (hassium); use of automated systems such as SISAK and its flowing liquid-scintillation system to study chemical properties of very short-lived isotopes; atom-at-a-time studies of chemical and nuclear properties of actinides and transactinides; use of the Berkeley Gas-filled Separatr (BGS) as preseparator for chemical studies and identification of new heavy isotopes and elements and elucidation of their nuclear decay properties.

She has helped organize many national and international symposia in these fields as well as on the status of women in science.