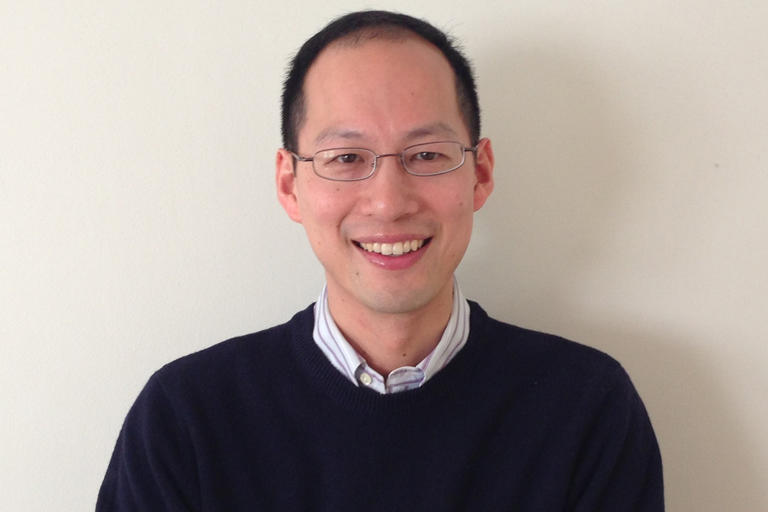 Drawing from core disciplines of inorganic, organic, and biological chemistry, our laboratory pursues new concepts in sensing and catalysis to study metals in biology and energy. We have developed activity-based sensing (ABS) as a general technology platform to enable biological applications that include imaging and diagnostics, proteomics, and drug delivery. These molecular probes have identified copper and hydrogen peroxide as signals for regulating processes spanning neural activity and neurogenesis to fat metabolism, opening a field of transition metal signaling. Our efforts have advanced artificial photosynthesis through the development of molecular catalysts that mimic enzyme biocatalysts or heterogeneous materials catalysts, as well as hybrid bioinorganic, organometallic, and supramolecular systems that merge molecules with biological and/or materials components. Representative project areas are summarized below.

Transition Metal Signaling. Our laboratory has advanced a new paradigm of transition metal signaling, where essential elements like copper and iron can serve as dynamic regulators of biological function. This concept broadens the traditional view of metals in biology that narrowly defines redox-active elements as static metabolic cofactors that must tightly-bound within buried protein active sites to protect against oxidative stress, and with only redox-innocent metals (e.g., sodium, potassium, calcium, zinc) having the capacity to serve as mobile signals. We are developing activity-based sensing (ABS) probes and related chemical tools for imaging dynamic transition metal pools by fluorescence, bioluminescence and MRI, as well as for proteomic identification and characterization of new metalloprotein targets. These technologies are being applied in cell, tissue, zebrafish, and mouse models to study the contributions of transition metal signaling to fat metabolism in obesity, diabetes, and cancer, along with neural circuitry.

Activity-Based Sensing. Activity-based sensing (ABS) is an emerging field that utilizes chemical reactivity, rather than conventional lock-and-key molecular recognition, to probe and manipulate biological systems. We are advancing the ABS concept and applying it to study the biology of reactive oxygen species (ROS) and their reactive sulfur and carbonyl analogs by exploiting organic and inorganic chemistries to report on these specific analytes in living cells, tissues, and animals. ABS is also being utilized to develop bioconjugation reactions for chemoproteomics, small-molecule inhibitor discovery, and antibody-drug conjugate (ADC) therapies. Finally, we are creating optogenetic tools for controlling redox signals that govern information transfer in neural circuits.

Metals in Neurobiology. The unique biology of the brain as the center of consciousness, from learning and memory to senses like sight, smell, and taste, is underpinned by unique chemistry that remains insufficiently understood. We seek to decipher why the brain accumulates unexpected chemical elements at higher concentrations than any other part of the body, including redox-active transition metals like copper and iron, and how they are dysregulated in neurodegenerative Alzheimer's and Parkinson's diseases as well as neurological disorders affecting sleep and obesity. We are applying activity-based sensing (ABS) in conjunction with CRISPR, optogenetics, and behavioral assays to identify roles of transition metal chemistry in neural signaling and neurodegeneration using zebrafish and mouse models.

Artificial Photosynthesis. New catalysts for carbon-neutral energy conversion processes are essential to addressing climate change and rising global energy demands. Inspired by natural photosynthesis, which utilizes the abundant chemical resources of light, water, and carbon dioxide to produce the value-added products needed to sustain life, we are taking a unified approach to this small-molecule activation problem by developing molecular catalysts for carbon dioxide reduction, water splitting, and nitrogen cycling that are inspired by and/or can be used in conjunction with biological and materials catalysts under environmentally green aqueous conditions.