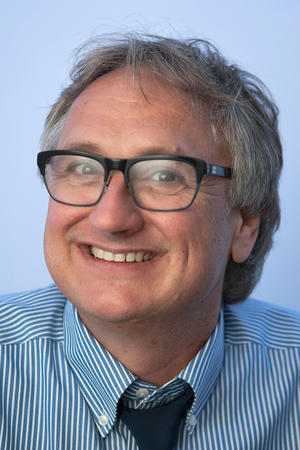 The goal of Professor Reimer’s research is to generate new knowledge that will deliver environmental protection, human sustainability, and fundamental scientific insights via materials chemistry, physics, and engineering. He seeks to prepare researchers that will go on to become leaders in industry, academia, and government. His group is comprised of experimentalists that use many different tools for their research, yet retain special expertise and interest in magnetic resonance (MR) spectroscopy and imaging. Professor Reimer’s most recent scholarly works span a range of materials studies, including the structure and proprieties of metal organic frameworks for carbon capture and electrical and optical control of nuclear polarization in semiconductors.

Professor Reimer received his bachelor’s degree (with honors) from the University of California at Santa Barbara, and his doctorate from the California Institute of Technology. Prior to his faculty appointment at Berkeley he was a postdoctoral fellow at IBM Research in Yorktown Heights, New York. Professor Reimer was an Associate Dean of the UC Berkeley Graduate Division (2000-2005) where his responsibilities included the assessment of all UC Berkeley’s doctoral programs. He is presently the C. Judson King Endowed Professor and Warren and Katharine Schlinger Distinguished Professor and Chair of the Chemical and Biomolecular Engineering Department. Professor Reimer serves as a member of the Board of Trustees for Franklin University Switzerland and served as the Chair of the Governing Board for the Council for Chemical Research in 2015. Professor Reimer has won several teaching awards, culminating with the UC Berkeley Distinguished Teaching Award, the highest award bestowed on faculty for their teaching. His teaching philosophy may be found at http://india.cchem.berkeley.edu/~reimer/philosophy.html